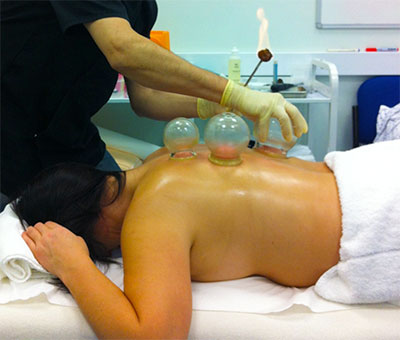 In this article, we are going to take a break from Reiki and learn about another method of healing – cupping therapy. While Reiki is a Japanese technique that controls vital energy through the laying of hands, cupping is based on an ancient Chinese medicine technique that uses sanitized cups to facilitate blood flow, thus allowing vital energy to move freely. Cupping is believed to be a means to speed up healing.

You may have seen large and dark spots on a person’s back during or after a cupping session. These cupping marks are normal and will usually go away within a week. The shade of these marks also serve as an indicator of how severe the pain is underneath that part of the skin. A shade that’s darker means severe, while a lighter one implies a minor condition.

There’s a method to the madness, of course. Cupping therapy relies on a network of energy pathways all throughout the body. Think of these pathways as a railway system, where one route leads to a specific place. If the route is blocked, then it needs to be unblocked. One of the ways to unblock it in Traditional Chinese Medicine is cupping.

Have you considered trying out this alternative medicine technique? The cups used in cupping therapy are widely available online. They are usually sold in sets and can be made of plastic, glass, or silicone. The following are some of the most popular cupping sets that you can find today:

Cupping has recently become mainstream due to sightings of celebrities and athletes bearing cup marks on their chest or back. The truth is that cupping has been practiced by the Egyptians, Greeks, Romans, Arabs, and Chinese for thousands of years. Ancient texts described the practice as a remedy for diseases that have anything to do with our internal organs.

The cups used in the olden days were not really the ones that we know today. They were in various forms, like horns or tusks from animals that they hunted. Then, they learned that bamboo can be used as well. Eventually, glass became the dominant material.

In the Muslim world, wet cupping or Hijama was regularly practiced by Prophet Muhammad himself. He used it to treat a variety of conditions, as well as to maintain good health.

Practitioners and advocates claim that cupping can benefit everyone in a number of ways. Here’s some of them:

How Much Does A Cupping Therapy Session Cost?

The price of a single cupping session typically costs around 25 USD up to 80 bucks, but many companies offer bundled or multi-session packages at a discounted price. A typical session can last from half an hour up to an hour and a half. The initial visit will generally be longer because the patient’s health background needs to be established. Subsequent visits, on the other hand are quicker and less expensive.

How To Perform Cupping

There are several ways to do cupping. The most widely adopted method is the one used by the Chinese, which is dry cupping or fire cupping. This involves lighting a flammable substance, such as alcohol, and then quickly moving it into the cup while lit. A suction effect is created as a result. That’s why the skin is lifted in the area where the cup is placed.

In Traditional Chinese Medicine (TCM), there are specific spots in the body that can be activated through a needle, force, or in this case, cups. These points are based on the Meridian System.

VIDEO: Watch how the Chinese carry out Cupping Therapy

Here’s a quick overview of how dry cupping is done:

This site uses Akismet to reduce spam. Learn how your comment data is processed. 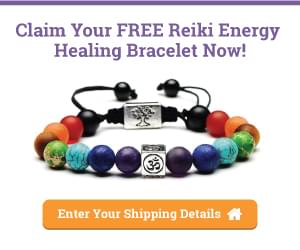 We use cookies to ensure that we give you the best experience on our website. If you continue to use this site we will assume that you are happy with it.OkPrivacy Policy